Recent Developments in Nepal and India

According to NCMEC, over 5 million cyber tips for child sexual abuse material (CSAM) have been reported from India and Nepal and the surrounding regions.

These tips are not only those of people in the region receiving this revolting material, but a vast number of these tips come from the production of CSAM images from within the region. As recently as 2022, no unit has been designated to fight CSAM in this area.

The vulnerabilities children face in this region, specifically, extreme poverty and abandonment, increase their risk of being sexually exploited through abuse that is filmed and sold repeatedly across the world.

Many of these cases contain the extreme, brutal rape of children between the ages of eight and ten.

“We see these images in the prosecution of CSAM cases in the United States, the victimization never ends for these kids. They could be walking to the park one day and pass someone that has possession of CSAM images of them and never know.”

“Someone has to do something. These are real victims. These are real children… We need a tip of the spear unit targeting and using all software capabilities we have to intercept and then go and make the arrest.”

Over two years of efforts and collaboration in this region has built the foundation needed to change the way these cases are handled. In October of 2022, Lantern Rescue began Phase 1 of training and developing a C3 unit to counter human trafficking in Nepal.

C3 units work collaboratively in their region to effectively combat human trafficking by pursuing traffickers, rescuing victims, and closing cases with strong prosecution and advocacy for victims. C3 units are small, core member-driven teams with impressive skill sets and the integrity to carry the mission to completion. Lantern supports the growth of these units through training, mentorship, and strong accountability.

In partnership with the National Child Protection Task Force (NCPTF), Phase 1 focused on initial training with the Attorney General Office of Nepal, the Central Bureau of Investigation, the cyber division, ATB (Anti-Trafficking Bureau), and key prosecutors in the countries.

Phase 2 is anticipated to begin this year and will include finalizing the C3 Unit and releasing them to become operational.

Nepal and India are ready to increase their abilities to prosecute these crimes and get the victims the justice they deserve. 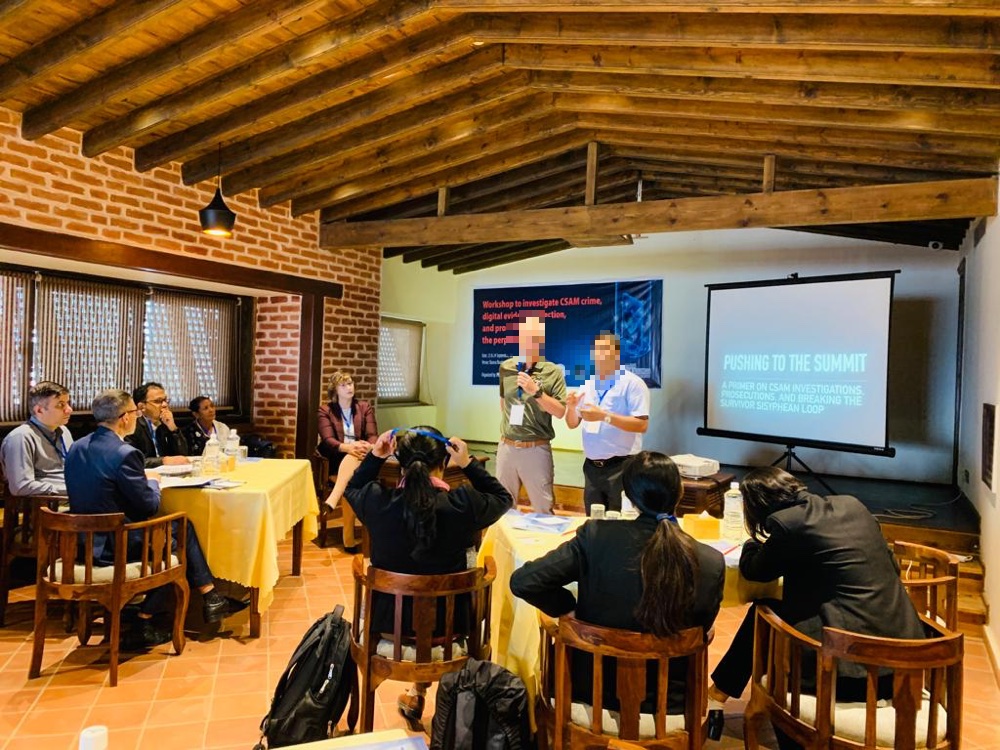